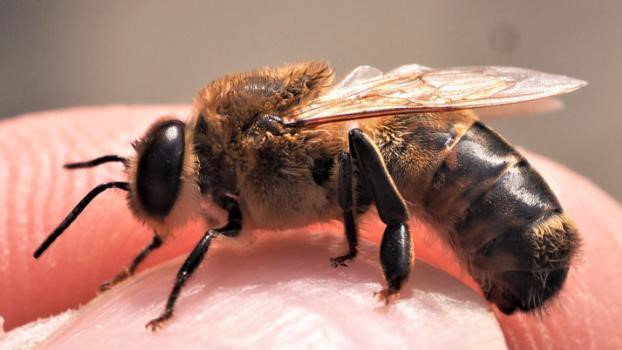 It is well researched (see Mating Biology of the Honey Bee, by Koeniger, Koeniger, Ellis, Connor) that honey bee drones fly to Drone Congregation Areas and will mate with virgin queens attracted to the DCA, usually from further afield. However, there is some conflicting evidence concerning topographical and racial influences. How does that conflicting evidence translate to Devon beekeeping? Our three intrepid “Drone Whisperers”, Richard Simpson, Graham Kingham and Peter Weller, (with help from Alfie), have been investigating. 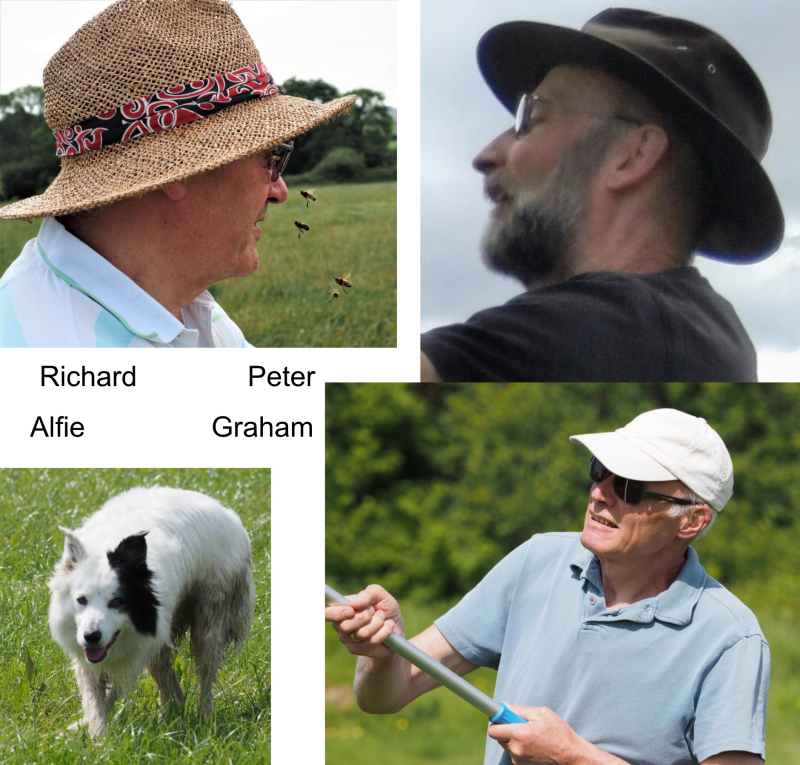 It started as a project by the Devon Apicultural Research Group (DARG) and has progressed to the point where several articles have been published in Devon BKA’s magazine, Beekeeping, and also reproduced in An Beachaire (The Irish Beekeeper). A further update will come out shortly.

Why does it matter?

It is interesting! In addition, it may help to improve the matings in your apiary, or help avoid diseases passed on by dubious drones.

Graham started with an explanation of the mating mechanics, detailed in his book Honey Bee Drones – Specialists in the Field. 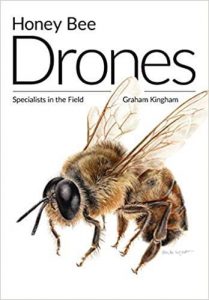 He gave some drone statistics:

Relevant questions to ask are:

Answers to some of the questions are already known, but much isn’t.

Drones fly when the air temperature is higher than 19°C, but some races may make flights in cooler conditions. Wind speed needs to be below 4-6 m/sec (9-13 mph). Flights take place roughly between 13:00 and 17:00. On their return to the nest, they refuel for another flight, and may make 5 flights during one afternoon.

Classically, drones are reported to patrol at between 50 – 200 ft (15 – 65m). Flight speed is 12 – 15 mph with 96% of flights within an average of 0.9km from the nest. Drones have approximately a 25-minute range, although longer flights have been observed, possibly due to drones resting or refuelling in other hives.

How do you find the DCA?

This is the difficult bit as there do not appear to be universal, clearly defined rules. Investigators have studied such factors as direction of flight, open ground, tree cover next to shelter, flat v sloping locations, landmarks and areas of high solar radiation, with mixed results.

Peter Weller took us through some of the computer-aided studies attempting to predict DCA locations. Realistically, there is some way to go before we can confidently use these techniques.

Some research suggests DCAs can be found where there is a “depletion” in the horizon, e.g., a valley bottom framed by hills/mountains, but how would you apply that to flat fenland?

So, the intrepid Drone Whisperers embarked on a more practical approach, walking the search grounds with an elevated lure. This consisted of a synthetic queen pheromone called 9-ODA, eventually obtained from Canada, applied to a 2cm twig. The dry crystals were sub-divided into portions equivalent to 50 virgin queens enabling batches to be made up.

Having found some hotspots, the focus moved to lift the lure higher. Helium balloons were tried, with limited success. The wind tended to force the line and lure nearer the ground instead of lifting to greater height.

Sufficient lift to raise a capture net, from which drones could be retrieved and marked, was eventually obtained with 11 balloons, only to find a strong gust dragging it down on the opposite side of a hedge. When extricated, it floated again but it then became apparent it had become detached from its tether. It was last seen heading in the direction of Axminster at cloud level.

As a substitute, catching drones with a hand-held net was tried, with reasonable success. 55 drones were marked and released. Late in the day, one was seen in Richard’s apiary nearby.

The classical idea of a DCA is that you are either in it and surrounded by drones, or you are outside the boundary and few drones are to be seen, or heard. Experiments at Musbury Castle did not demonstrate such a distinct demarcation.

Initially, it is intended to carry out further mark, track and trace exercises at existing sites. Other target sites in East Devon have also been identified and will be investigated. Further afield, a protocol has been created for identifying and reporting wider results. This will enable others to undertake local researches and produce common results. There is great scope for some original Citizen Science with this project. Peter Weller hopes to providing a starter pack including pheromone lure for £10, details yet to be decided.