Our President Hilary Kirkcaldie, opened the meeting with a warm welcome to everyone. As part of the address, she reminded us of past members who had sadly passed away this year. Hilary spoke of members who we may not have all known, but who were keen and committed beekeepers in their time. Hilary led us in quiet reflection in tribute to Evelyn Pelham, David Lench and Verbena Evans.
Our AGM is a chance for members to hear what has been going on in the group over the last year and for them to vote-in Officers and Committee members. The meeting was conducted efficiently as much of the information had been issued beforehand. The new Committee are:

Val Bone will also be Membership Secretary, Richard Simpson will be Education Officer and Keith Bone will be Apiary Liaison Officer.

There followed two short talks by Jan Morse and Alasdair Bruce entitled ‘What I did during Lockdown’.

Jan started by telling us that for some years she had been leading two groups of walkers and along the way had been trying to educate them into the diversity of wild flowers in the vicinity of South Chard.

So when the first lockdown started she emailed her friends and said she would send them a photo each day of flowers they could look out for as they went on their walks own walks. From the beginning of lockdown to the end of Augest she sent a total of 188 different plants that she had seen in the hedgerows.

Jan then shared with us about twenty of the more interesting specimens with comments on their botanical properties. See the selection below. 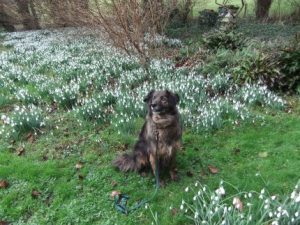 ‘Bramble’ in the snowdrops, on a walk up to Wayford Woods from Winsham, well worth doing in January. 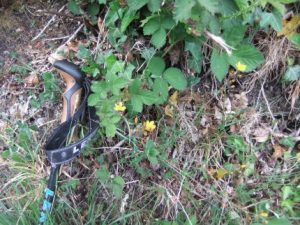 Beautiful St John’s Wort, the smallest of the hypericums. 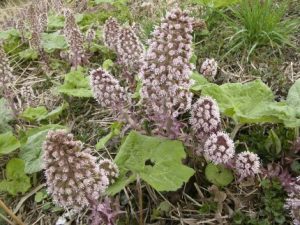 Butterbur, flowers before the leaves, which are large enough to wrap butter, before paper was used. 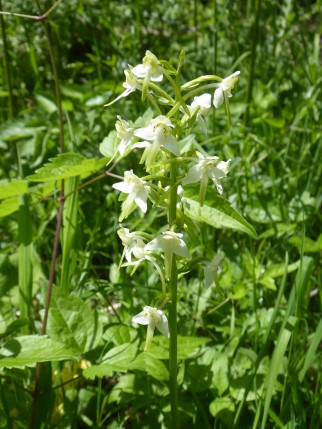 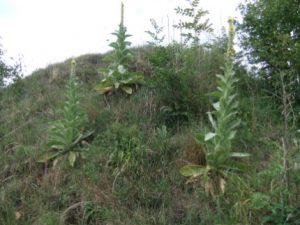 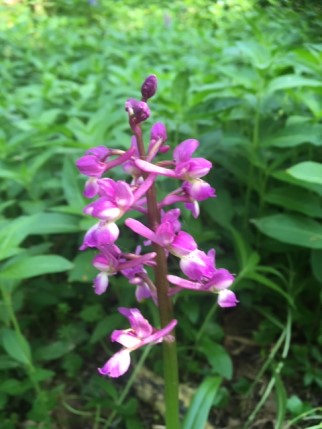 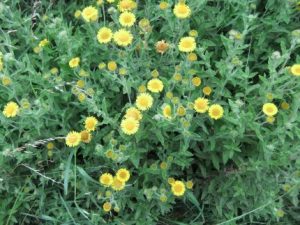 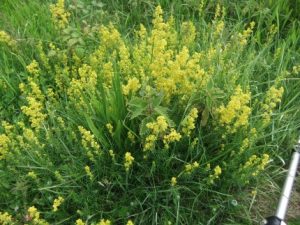 Lady’s Bedstraw – name probably derives from the custom of including it in straw mattresses, as when dried it smells of new mown hay. It is the same family as goose grass or sticky burrs. Was used as a vegetable substitute for rennet 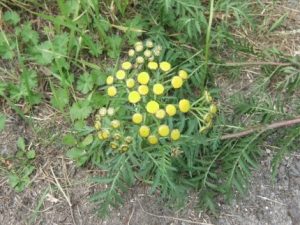 Tansy was used to ‘kill phlegm and worms at Eastertide’. 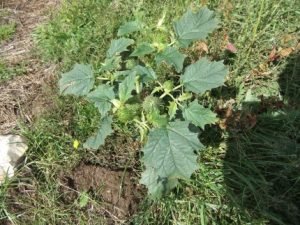 Thorn Apple is very poisonous, if you see it in a farmer’s field, advise him to remove it. 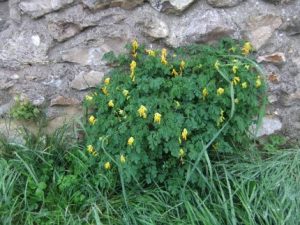 Yellow corydalis, grows on walls, and flowers over a long period.

Meanwhile Alasdair has been busy renovating a collection of hives that had been given to him by a farmer friend. They were obviously of an early design and had been kept in a barn for many years. There were even the remains of foundation in some of the frames!

Intrigued by the design, Alasdair started to search for their possible origins. The hives were well made which indicated commercial manufacture, and after a few enquiries he came across a reference in an old book from 1930 entitled ‘Bee-Keeping new and old described with pen and camera by W. Herrod-Hempsall. F.E.S.’ 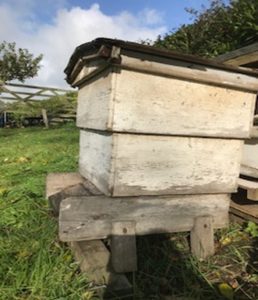 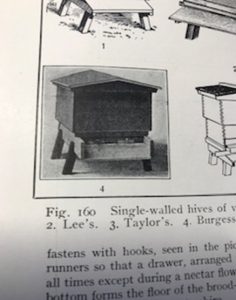 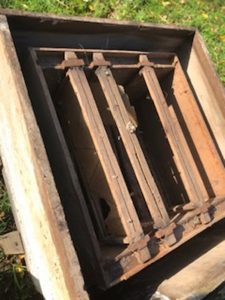 So they are provisionally identified from an image in the book as Burgess telescopic hives from around 1930, this age based on when the tin spacers on the comb frames stopped being made as around 1930.

Thanks to all concerned for their contributions to the success of the meeting. Let us hope that next year the situation will have improved.