What to do if you have a swarm in the East Devon area.

Please contact one of our swarm collectors from the list below who operates in your post code area. Alternatively, go to the British Beekeepers interactive swarm page to find the nearest beekeeper.

This is what a swarm of honeybees looks like! 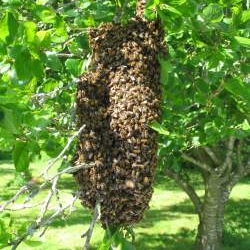 Other insects can sometimes be confused with honey bees.  Bumble bees, solitary bees, wasps, hornets and hover flies may have similar yellow and brown marking but will not be present in such large numbers as honey bees in a swarm. 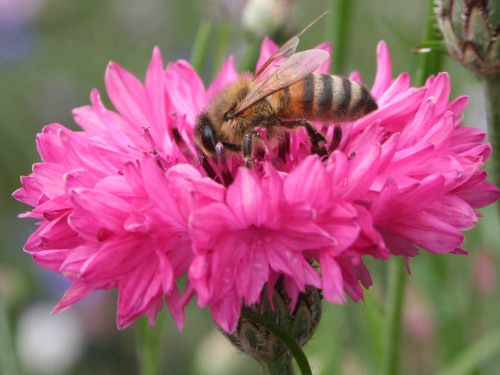 This is the honey bee. Note the furry body that attracts pollen grains. The bee brushes pollen into the pollen baskets on the back legs and takes it back to the hive. 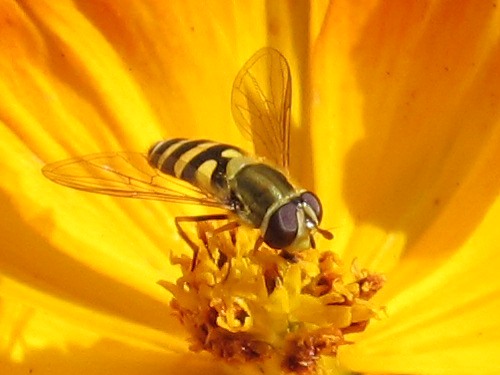 The small yellow and black hoverfly can be mistaken for a bee as it often frequents the same flowers for nectar. A good insect for gardeners as the hoverfly grubs eat greenfly. 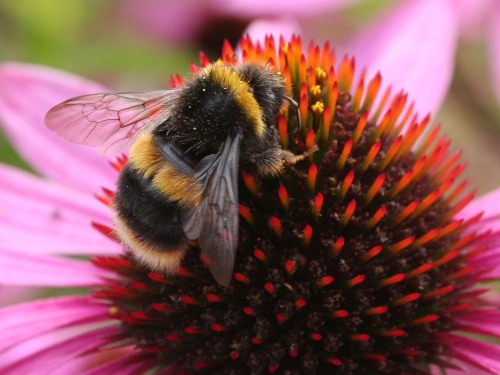 There are twenty-two species of bumble bee in the UK, usually large and furry with distinctive bands of coloured hairs. This one is the white tailed bumblebee. 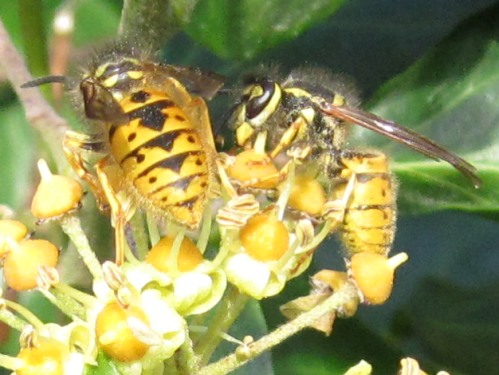 These two queen wasps are feeding on ivy. The worker wasps are smaller with similar yellow and black patterns. They can predate on honeybees. 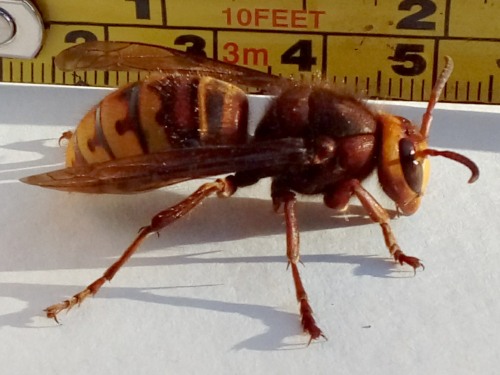 At 3½cm long the European hornet queen is bigger than any similar insect you are likely to see in the UK. The workers are smaller with similar markings. 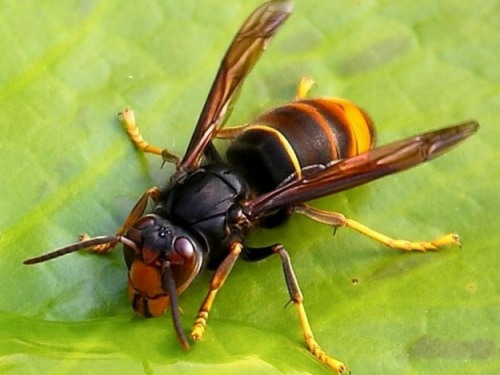 The Asian hornet is not yet established in the UK but may be in the future. Note the yellow legs and the single broad yellow band near the tail.

Honey bees do not nest in the ground so insects coming and going from burrows will not be honeybees. See ‘Bees in Nest Boxes’ below. 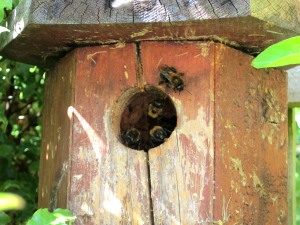 We are increasingly finding bees in nest boxes in East Devon.  These bees are more than likely to be Tree Bumblebees (Bombus hypnorum) which are a relatively new species in this area.  They are between 10 and 14mm long, have rust / orange coloured hairs on the upper part of the body and a whitish tail.

They pollinate all kinds of fruit, flowers and vegetables so, if possible, try to leave well alone.They will vacate the nest box at the end of the season.

The Swarming Process
Swarming is a natural process by which bees multiply their colonies. Usually a swarm will emerge from the hive and land on a nearby branch, bush or post, or even under the eaves of a roof, where they will form a large hanging cluster of bees.

They will send out a few scout bees, who will look for a new site to build their home. Whilst waiting for the scout bees to complete their task, the swarm is normally docile as all the bees have taken on stores of food for the journey and they need to conserve supplies.

The swarm will stay in the cluster for a period of time that may be as short as a few minutes, or may be hours or even days. Finally, when the swarm has decided where its new home will be they will take to the air and fly off in the right direction.

If the cluster is within reach then a beekeeper may be able to capture the swarm in a skep or box and take them to an apiary where they can be housed in a hive. Once the swarm has moved off to their new home it may be more difficult to capture them. 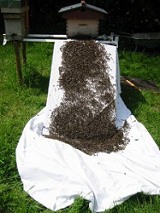 This photo shows a swarm being ‘hived’ by emptying them onto a cloth sloping up to their new front door.

Bees will naturally climb upwards and seek a dark cavity. At first all is confusion, then they turn and head up the slope and disappear into the hive!

If you’re lucky you may see the queen among the throng. Once the queen has taken up residence you can be fairly certain the swarm will not fly off again.