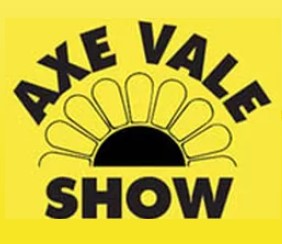 A Traditional Show for the farming Community. 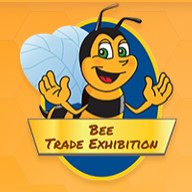 Turkish beekeepers risk life and limb to harvest ‘mad’ honey
Mad honey, known to the Greeks and Romans, is still produced in small quantities by beekeepers in parts of Turkey where indigenous rhododendron species make a potent neurotoxin which ends up in local honey.Read the article.
Pesticide made from spider venom kills pests without harming bees
Funnel-web spiders have neurotoxins in their bite that can kill an adult human yet they might turn out to be our allies if the small hive beetle ever reaches the UK.
Scientists at the University of Durham and Fera Science think the spiders may provide the weapon we need to stop the beetles.
The spider venom contains a cocktail of ingredients and one of them – Hv1a – is toxic to most insects, including the small hive beetle, but does not seem to affect bees or humans.
Hv1a needs to be injected to be effective. Just swallowing the toxin is ineffective as it is degraded in their gut. To get round this the team have bound Hv1a to a molecule from the common snowdrop which effectively carries it through the gut barrier.
In the laboratory the team fed the “fusion protein” in a sugar solution to beetles and their larvae. Within a week, all the beetles and larvae were dead.
Next step was to put beetle eggs on bee comb with brood, and spray with the compound. The honeycomb and bees survived virtually untouched, but most of the new beetle larvae died.
The selfish case for saving bees: it’s how to save ourselves
These crucial pollinators keep our world alive. Yes, they are under threat – but all is not lost.  Click here to read the article.
World’s largest bumblebee under threat.
The Patagonian bumblebee, the worlds largest bumblebee, is under threat from the import of species native to Europe.The growth of the bumblebee trade for agricultural pollination since the 1980s has been identified as one of the top emerging environmental issues likely to affect global diversity.Follow this link to read the article.
Best plants for bees: 5 yr study results by RosyBee
Follow the link to see the results of 5 years of monitoring which bees visit a variety of ‘bee-friendly’ plants.
http://www.rosybee.com/research

What’s that Buzz? Plants hear when bees are coming
New research has shown that plants can ‘hear’ sounds around them and flowers respond to the buzz of approaching bees by producing sweeter nectar. The research biologists from Tel Aviv University played recordings of flying bee sounds to evening primrose flowers and found that after a few minutes the sugar concentration in the flower’s nectar had increased by 20% on average when compared with flowers left in silence or submitted to higher pitched sounds.
The authors of the report say that, for the first time, they have shown plants can rapidly respond to pollinator sounds in an ecologically relevant way.
Producing sweeter nectar in response to the sounds of bees can help entice the insects to visit the flowers and increase the chances of its pollen being distributed.
Thanks to Ann P. for spotting this article in the Times.